Serendipity Studio . . . In The Beginning

I promised you I would be sharing my latest adventure, the making of my new craft room, Serendipity Studio, so here we go!
My sweet husband built me a sewing room in the basement about 2 years ago. I was thrilled, because he built this house 7 years ago and I had been waiting, waiting, waiting . . . and had all my stuff in boxes, boxes, boxes.
I would sew and paint on the kitchen table, and had things pretty much scattered all over the house. 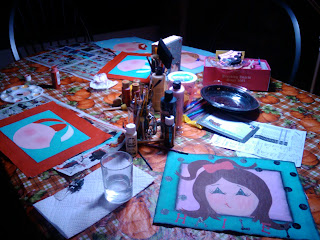 When the sewing room was FINALLY finished I was SO happy, and got busy opening boxes and organizing.  You could hear a lot of  "Oh, so that's where that was" and "I knew I had this somewhere" coming out of the basement as I opened them.  I was a little surprised at how much I had actually accumulated.  I had duplicates of many things - notions and tools and even a couple books - because I could never really find anything.  Remember, I had about five years of things in boxes . . . and when I went to work on a project and I couldn't find what I needed,  I ended up going to the store and buying it.
When my sewing room was finished I LOVED it and felt that I was the luckiest girl in the world. I never dreamed I would have such an amazing sewing room of my own.  As I continued unpacking, I was  shocked to see all the fabric I had accumulated.  I will just take a deep breath and say it . . . "My  name is Julie, and I am a fabriholic."  There.  I said it.  It's really nothing I didn't already know, but now you all know.  And I know for a fact I am not alone. Anyone out there considering the possibility that you too are a fabriholic?  It would be fun to hear back from you on that!  Luckily my granddaughter will be learning to quilt, so I will designate an entire shelf of fabric for her, in her own little special space.
I have so much stuff in that sweet little sewing room. I am going to take out all that is not related to sewing and quilting and move it into it's new home, Serendipity Studio.  I can already hear my sewing room sighing with relief as I empty her contents.  I should try to think of a name for her too, shouldn't I?  Here are some pics of the basement as we were getting started. 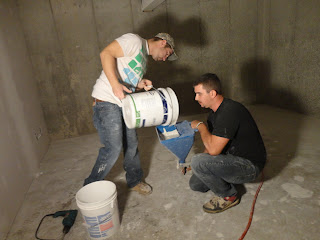 My son and my son-in-law pouring the "knock down" material into the machine.  This sprays out a texture onto the drywall, which is already up and waiting, thanks to those two fine boys.  Lucky for me I had three boys, because only one of them is into this sort of thing. The other two are computer guys! See, if you have many children your odds are better of having someone that specializes in something!!!! 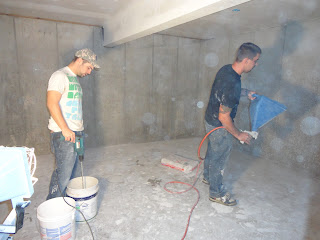 The "knock down" sprays out of that blue funnel thing and they just go in a back and forth motion to evenly coat the walls.  Some of the walls will be the actual outside foundation  walls with no drywall, and it will look a little nicer with some texture.
We painted the room the most beautiful shade of pink.  I loved it. 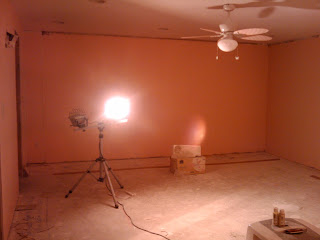 Can you see the darling ceiling fan?  It has dimensional zig zag lines on the glass bulb that look like ric rac, and it has tiny flowers on the blades that look like polka dots.  Plus it is the prettiest shade of pink.  I saw it and grabbed it up so fast, I was certain it was made just for me!  I'll try to get a better pic of it later. 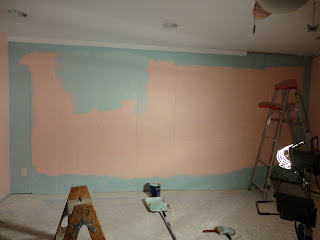 Then I decided it was too much pink, so I would paint one wall blue.  I have big plans for that wall.  More later on that.

Yes, I am a dork.  I was actually having fun. I was about to do some decorative painting on the wall.  I'll show you that soon, once I finish it.  Remind me not to wear that outfit out in public.  I thought I looked thin in it until just now. 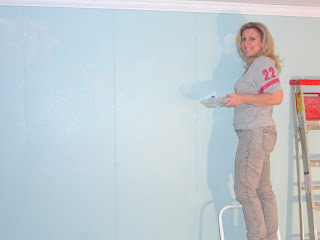 I'm really getting excited about this.  I hope you are enjoying watching it all happen!
Posted by Ric Rac and Polka Dots at 11:13 AM 20 comments: 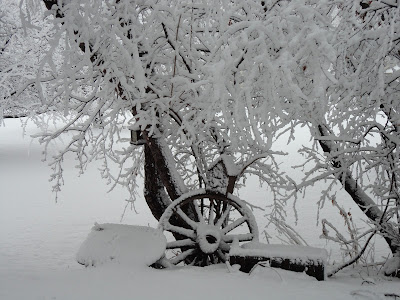 Hello my sweet friends,
Just as the seed magazines have started coming in the mail and I'm thinking about what I will put in the garden this year, we had a snowfall overnight. It was one of those beautiful, breathtaking, heavy, wet snows that sticks to everything. 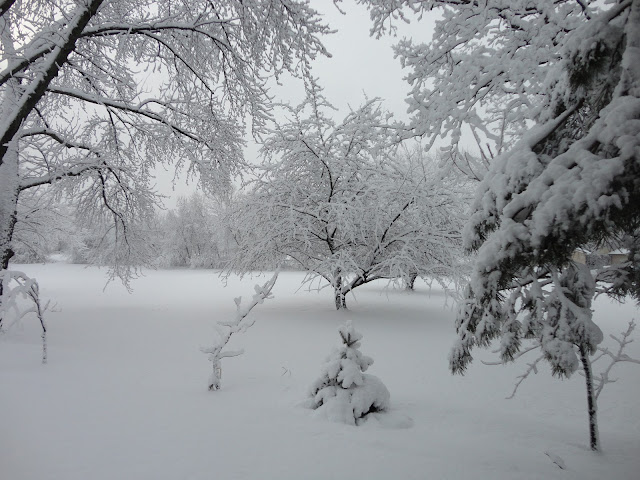 I feel like I am in a Disney movie where I am walking in a winter wonderland.  My world shimmers and sparkles, compliments of the  glistening snow, which is so heavy the branches are bending to the ground.  Surely, very soon, I will be hearing the happy sounds of children sledding down the hill near my house. I thought I would share some of Mother Nature's beauty with you. 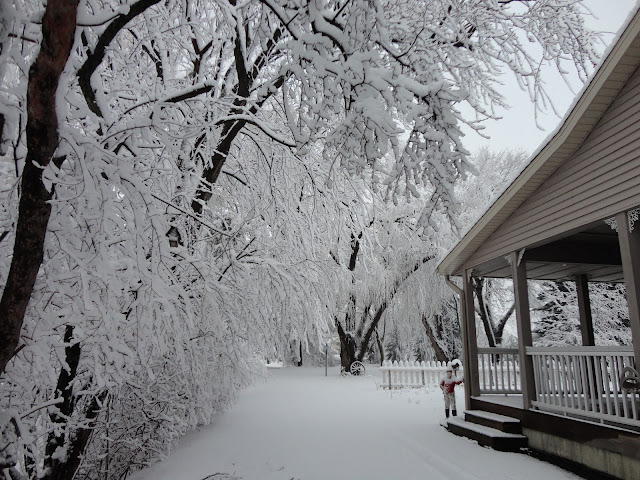 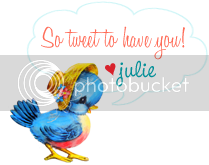 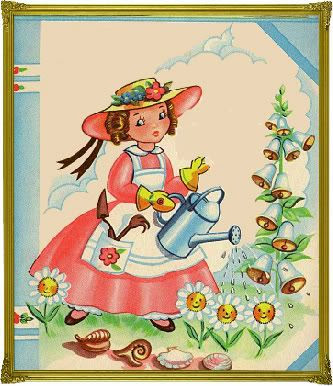 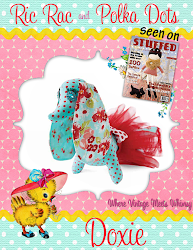 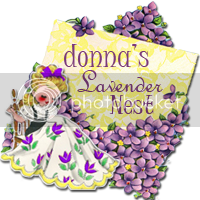 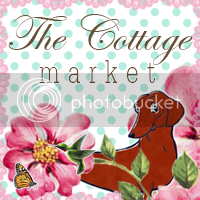 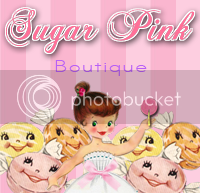 It's a very cherry world 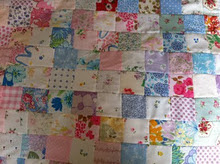 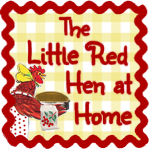 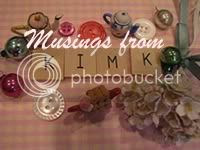